This is my approach towards my art and all my other creative interests. Stories life made.

Eva-Maria Biribauer was born in 1980, in Burgenland, Austria.

At an early age she discovers her love of artistic means of expression. According to notes from the time, she wants to become either a painter or designer. She is unaware, however, of everything this early desire would one day entail. At seventeen, she leaves home to discover the world of fashion. She spends three years studying at the International Fashion Insitute ESMOD in Munich and briefly in Tokyo before realizing she is more interested in theatre than in catwalks. Creating figures leads her to the world of design. Her thesis on costume design, developing George Orwell’s “1984” for the stage, establishes her central themes: utopia and dystopia.

Her next stop is Berlin, where she studies at Humboldt University. She also works with Thomas Ostermeier and Sasha Waltz at the Schaubühne am Lehniner Platz. In 2002, she returns to Vienna for her first job as an assistant costume designer at the Burgtheater, where she meets costume designer Birgit Hutter. Over the next several years, she works on numerous film and theatre productions. All this time, Eva-Maria never loses sight of her love of painting. In 2006, her first major exhibit “4 Ghosts” opens in Burgenland. “4 Ghosts” deals with a futuristic city under despotic rule. The city’s residents pay the despot large sums of money to be brainwashed and robbed of all emotions. Only the “4 Ghosts” can save them from their fate. 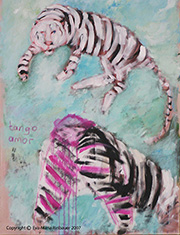 “4 Ghosts” is followed by the series “Tiger Searching for an Umbrella,” of which three paintings are sold to the municipal gallery in Eisenstadt. In January 2009, these are on display as part of the group exhibition “Acquisitions 07/08.”

Over the course of several years of working in the film industry, she discovers her interest in producing. Producers are a film’s patron: they are there at the very beginning and accompany a project through all of its phases of life. At first she dismisses this interest as a pipe dream. Then she discovers the master’s program at the Danube University in Krems, where she completes her studies in Film and Television Production in 2008. Her master’s thesis is entitled “China – The New Gold Mine of the Film Industry?” Her first job as a junior producer leads her to Cologne, where she is involved in the development and financing of documentary films. During this time as a producer, the written word comes more and more to the forefront and develops into a part of Eva-Maria’s creative work. 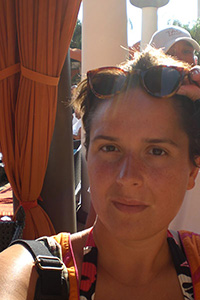 Always on the go, she follows another call in summer 2009, and heads to Los Angeles, where good friends await her. One of the greatest adventures of her life is about to begin. At the world-renowned UCLA, she furthers her studies of film production and works on the development of independent films for the upstart company XYZ Films. Here she discovers something she thought she had lost during her life on the go and all the projects along the way: a sense of belonging.

In LA, people are constantly re-inventing themselves, and every conceivable kind of project can happen. Here it is possible for Eva-Maria to fuse her interests in art, film, and costume design. Life is more difficult than back in Europe, but people are more open-minded toward one another. A conversation with a gallery owner can suddenly lead to a job as a costume designer. During a short but intensive stint at the ICM talent agency, Eva-Maria retreats to her windowless studio at Pollution Studios in order to transform her experiences and impressions of the city, its residents and the film industry into images. The result is the series “Swallow my ballgag.”

“Swallow my ballgag” is a product of the vibrant energy and lifestyle prevailing in LA. This series is defined by subjects such as latent racism, voluntary submissiveness and extrasensory elements.

„Swallow my ballgag“ defines the distinct style of Eva-Maria´s art. Using personal experiences and the sensitive surveillance of zeitgeist, she creates stories and paintings, which display the thoughts and needs of her age. 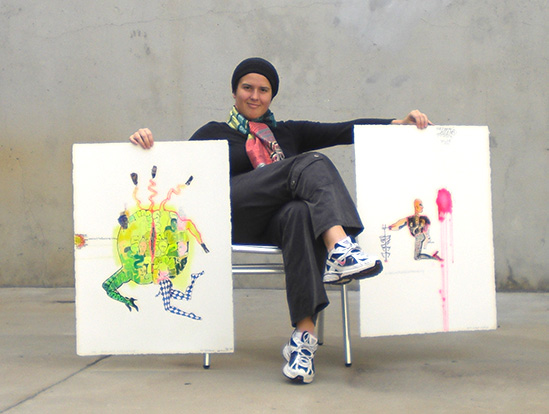 Sitting in a backyard in LA. Out of the series “Swallow my ballgag” 2009

This is my kingdom.
Copyright © 2021 Eva-Maria Biribauer.All rights reserved.
This site uses cookies to improve your experience. By your continued use of this site you accept such use. Find out more: Privacy statement